Last night, Officer Greenhill observed a 67 year old male lying on his back on the corner of the intersection at 61st and Southcenter Blvd. Officer Greenhill stopped and got out to check on the male and found that he had no pulse and was unresponsive.

CPR was initiated by Officer Greenhill and Officer Zwicky while Officer Arjona retrieved and AED from the patrol vehicle and hooked it up and assisted. Tukwila FD and Medic One took over life saving efforts and the male was revived at the scene. He was transported to Haborview Medical Center. 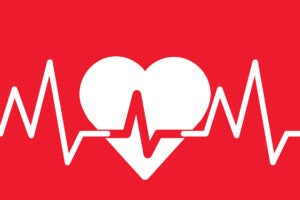 In 2017, we implemented a Body Worn Camera (BWC) program that combined Axon Body 2 BWC systems and the new Axon Fleet dash camera system. In doing so, we became the first department in the state and one of the first in the nation to implement a full BWC and dash camera program. The system effectively provides each patrol officer with three cameras. The BWC, the dash camera and a rear-facing backseat camera.The system was designed to provide for automatic activation of recording when officers activate their emergency light bar in their patrol vehicles or when their taser is activated. Once activated, the 30-second time period prior to the recording function being activated is also captured but without audio. If a camera is for some reason not recording, being in the presence of other body cameras that are recording will automatically activate any cameras in the area that are not already recording.

Once the videos are uploaded to the server at evidence.com. Each and every log-in, view and action regarding any uploaded videos or evidence uploaded to evidence.com is logged and tracked. The time the user logged in. How long they were logged in for. What videos they viewed. How many times each video was viewed etc. Everything action in the software program is tracked and recorded. Officers do not have the ability to delete any videos that were recorded on their BWC, dash camera or rear-facing camera.

There are a lot of behind the scenes costs associated with BWC program. The video files are very large and storage costs on servers are a large part of the program costs. Software costs also add up. For disclosure requests, non-commissioned employees have to go through each requested video and redact parts of the footage before release which can be very time consuming.

Technical Specs on the Axon Body 2