Chief of Police Eric Drever entered law enforcement in 1992 as a reserve police officer with the Mukilteo Police Department. In 1994, he was hired by the Tukwila Police Department, where he looks forward to spending the remainder of his law enforcement career. He has worked in all divisions within the Department and was promoted to Deputy Chief on August 31, 2018. In October of 2020, he was named Interim Chief of Police following the retirement of Chief Bruce Linton.

During Chief Drever’s career, he has worked on several teams and projects for the department and community with the focus on providing transparency in police policies and processes. He is a graduate of the FBI National Academy and the Leadership Institute of South Puget Sound. He is also a graduate of the University of Washington, where he earned a Bachelor of Arts in Sociology and focused in the study of deviant behavior.

Chief Drever prides himself on being an active participant with the communities and organizations that he is involved with and has volunteered his time with several organizations. He has volunteered with labor organization leadership, BSA Cub Scouts, Little League, Watch D.O.G.S. Elementary volunteer, and currently holds the office of President on the Board of Directors for the Pediatric Interim Care Center. He brings his leadership experience from each of these organizations to his daily work and effectively applies this knowledge to the community outreach projects that he is involved with for the City of Tukwila.

Chief Drever is proud to be a part of the Department’s shared vision, “A world-class police department delivering professional law enforcement service.” He is committed to the department and the community, providing his caring approach to make Tukwila a better place to live, work, and play. 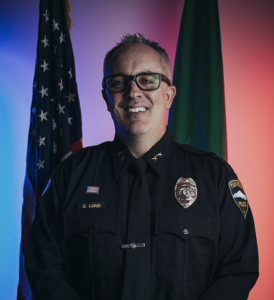 Deputy Chief Eric Lund started his law enforcement career in 1996 as a police officer with the Tukwila Police Department. During his career, he has served as a patrol officer, a narcotics detective, a field training officer, as well as an Emergency Vehicle Operator Course (EVOC) instructor.

In 2009, Deputy Chief Lund was promoted to the rank of sergeant, where he supervised patrol squads in the Patrol Division between 2009-2014. Between 2014-2017, he supervised the Traffic Unit. As a sergeant, he also supervised the Field Training Officer program and the EVOC program. Deputy Chief Lund  held several leadership positions in the Tukwila Police Officer’s Guild, including managing the off-duty program. In July of 2017, he was assigned as an acting commander, overseeing the Professional Standards Unit. In November of 2017, he was appointed to the commander position permanently. Deputy Chief took over as the Patrol Commander in 2020. On October 1, 2020, was appointed as the Interim Deputy Chief of Police and then permanent Deputy Chief on April 5, 2021. Commander Todd Rossi entered law enforcement in 2000 as a police officer with the Tukwila Police Department. Throughout his years of service to the Department, he has served as a Patrol Officer, Field Training Officer, a member of the Valley SWAT team, the Tukwila Police Honor Guard, and a police boat captain. In 2012, Commander Rossi was promoted to the rank of Sergeant, where he supervised patrol squads in the Patrol Division, along with the K9 Unit.   After 15 years in the patrol Division Sergeant Rossi moved to the Professional Standards Unit where he served as the Professional Standards Unit Sergeant, and later as the units Acting Commander.   He was promoted to Commander in 2017, and reassigned to the Patrol Division.

Prior to joining the Tukwila Police Department, Commander Rossi served four years in the United States Army with the 2nd Battalion 75th Ranger Regiment at Fort Lewis.   In 1994, he served in Haiti during Operation Uphold Democracy.   After leaving active duty, Commander Rossi remained in the US Army Reserve and in 2008 he deployed to Iraq for Operation Iraqi Freedom as a Civil Affairs Team Sergeant.   He continues his service as the Command Sergeant Major for a battalion within the 104th Training Division at Joint Base Lewis McChord.

Commander Rossi is currently the Investigations Division Commander overseeing investigations. He is proud to serve the Tukwila community and the members of the Tukwila Police Department. He is committed to supporting the Chief of Police in fulfilling his Department vision of a world class police department delivering professional law enforcement service. Commander Kraig Boyd entered law enforcement as a Police Officer with the Tukwila Police Department in April of 1996. During that time, he served as a patrol officer, an officer with the Community Police Team, on the Civil Disturbance Unit, and on Valley SWAT. He also developed the strategy for the Community Liaison Officer program to develop relationships of trust between the police department and its diverse community.

In 2014 Commander Boyd was promoted to Sergeant and was assigned to Patrol. He then supervised the Tukwila Anti-Crime team while continuing to develop and implement the Community Liaison Program. Commander (Then sergeant) Boyd then was moved to the Community Police Team as a supervisor. He integrated the Community Liaison into that team to work with Community Police Detectives and the School Resource Officer to develop better communication with the community and creative strategies for community problem solving.

In November of 2017 Commander Boyd was assigned to an acting Commander position over Special Operations before being permanently promoted to Commander May 1st, 2018. Commander Boyd is currently serves as the Professional Standards Unit (PSU) Commander.

Prior to joining the Tukwila Police Department, Commander Boyd spent 8 ½ years in the US Marine Corps Reserve where he was deployed to the Western Pacific during Operation Desert Storm in 1990-1991. Upon his return to the U.S., he attended Brigham Young University where, in 1995 he earned a Bachelor of Arts Degree in Political Science with an emphasis on International Relations.

Commander Boyd is dedicated to the department mission of, “Improving the quality of life for all through community partnerships and problem solving to promote safe, secure neighborhoods.” 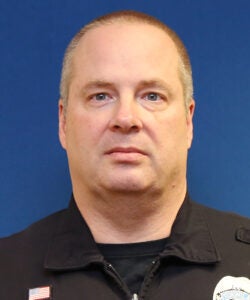 Commander Dale Rock entered law enforcement in 2003 as a police officer with the Yakima Police Department. In 2003, he was hired with the Tukwila police Department. During his career he has served as a patrol officer, a Major Crimes Detective, a member of the Valley Investigations Team, a member of the Civil Disturbance Unit, a Field Training Officer, and a police boat captain. In 2017, Commander Rock was promoted to the rank of Sergeant where he supervised patrol squads in the Patrol Division as wells as supervise the Field Training Officer Program. Commander Rock has held several leadership positions to include Tukwila Police Officer Guild President, and President of the Tukwila Police Sergeant Association.

Prior to his law enforcement career, Commander Rock worked as a registered counselor/ discharge coordinator at an in-patient psychiatric unit in Yakima, Washington. He is currently finishing up his B.S. Degree in Criminal Justice.

Commander Rock is honored to work for and with the citizens of the City of Tukwila, as well as the members of the Tukwila Police Department. He is dedicated to the department’s vision, mission, and goals. 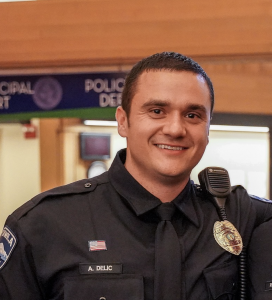 Commander Andi Delic immigrated to the United States from Bosnia after the civil war in his native country. After moving to the United States, he and his family called the City of Tukwila home for several years. While living in Tukwila, he attended schools within the Tukwila School District.  He has been in law enforcement for 12 years, serving ten years with the Tukwila Police Department.

Commander Andi Delic still spends a lot of his free time in Tukwila as he has friends and family that reside within the city. His connection to Tukwila has allowed him to build many lasting relationships throughout his career here, and often those that have issues arise reach out to him directly. 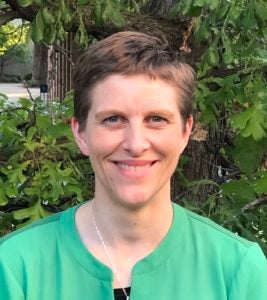 Senior Manager Rebecca Hixson joined the Tukwila Police Department in May 2019. She brings with her a diverse background, having worked in city, region, county, state and federal government since she began her public service career in 1994.

Hixson’s background in Law Enforcement started when she went on a ride-along with a City of Tillamook police officer.   Her interest in policing and leadership sparked, she went on to complete a Bachelor’s degree in Law Enforcement at Western Oregon University and a Master’s in Public Administration from Portland State University. While going to school, she worked as a Reserve Deputy Sheriff in Tillamook, OR and a Community Policing Intern for the City of Salem, OR Police Department.   She also expanded her knowledge of Latin American cultures by living in Mexico for four months.

After moving to Washington, Hixson worked as a Marketing Assistant for Northwest Trek and Point Defiance Zoo & Aquarium for five years and then joined the Washington State Department of Transportation in 2005.   She filled several important roles at WSDOT, including Communications Manager for the Hood Canal Bridge Project, Business Manager for the Tacoma HOV Program and Legal Affairs Manager for the Alaskan Way Viaduct Replacement Program. During her WSDOT experience, Hixson expanded her skills to include marketing, communications, media relations, emergency operations, scheduling, budgeting, records management, public disclosure requests and legal affairs. She is also a certified Project Management Professional.

Training and educating people and helping them create better lives for themselves is important to Hixson. She is an active contributor to EQUIP, a world wide organization that teaches leadership skills and values, and provides business and personal development training to local entrepreneurs. She pleased to be part of a department that values of leadership, excellence, accountability and dedication.