UPDATED 10/19/20: As the season changes, cooler temperatures mean more time indoors. The risk from COVID-19 increases with indoor gatherings compared to outdoors, but there are ways to reduce the spread and stay healthy this Fall and Winter.  Learn more about COVID-19 risks indoors and what to do about it. 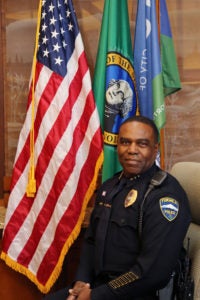 se of Force Policy allow for “chokeholds” and “strangleholds”?

No. “Chokeholds” and “strangleholds” are, by their very definition, designed to restrict airflow.  Officers are trained in the use of “Vascular Neck-Restraints” (VNR). When properly applied by a trained officer, VNR is a very effective non-lethal use of force option. VNR does not restrict airflow in any way to the offender. When properly applied, VNR prevents the need to use strikes, baton or an electronic control device (ECD) all of which have the potential to lead to injury to both the suspect and the officer. Due to recent events, use of VNR by officers has been temporarily suspended pending review.

No. The specific term “use of force continuum” refers to a use of force model that has since been phased out in most law enforcement agencies nationwide.  Our use of force policy is based around reasonableness. The “reasonableness” of force will be judged from the perspective of a reasonable officer on the scene at the time of the incident. Any evaluation of reasonableness must allow for the fact that officers are often forced to make split-second decisions about the amount of force that reasonably appears necessary in a particular situation, with limited information and in circumstances that are tense, uncertain and rapidly evolving. If use of force is necessary, the officer uses only that amount of force that is reasonable given the facts and circumstances at the time of the event- and only for a legitimate law enforcement purpose.  This is in line with current best practices in the policing profession. Graham v. Connor, 490 U.S. 386 (1989). During any encounter, all efforts are made when safe and reasonable to do so to first attempt to deescalate the situation. This can be verbally, using time, distance and shielding to slow down the events and allow for dialogue to ensue between officers and the other party. Depending on the circumstances of the encounter (i.e. immediate serious-injury or threat to life event), this may not always be possible.

Does your Use of Force Policy require officers to exhaust all alternatives before shooting?

Yes, when feasible officers must exhaust all reasonable alternatives prior to shooting.  Our use of force policy is based around reasonableness. The “reasonableness” of force is judged from the perspective of a reasonable officer on the scene at the time of the incident. Any evaluation of reasonableness must allow for the fact that officers are often forced to make split-second decisions about the amount of force that reasonably appears necessary in a particular situation, with limited information and in circumstances that are tense, uncertain and rapidly evolving. If use of force is necessary, the officer uses only that amount of force that is reasonable given the facts and circumstances at the time of the event- and only for a legitimate law enforcement purpose.   Deadly force is only authorized when an officer needs to protect him/herself or others from what he/she reasonably believes would be an imminent threat of death or serious bodily injury. Under such circumstances, a verbal warning should precede the use of deadly force, where feasible.

Does your department render medical aid to subjects who you use force upon?

Prior to booking or release, medical assistance shall be obtained for any person who exhibits signs of physical distress, who has sustained visible injury, expresses a complaint of injury or continuing pain, or who was rendered unconscious. Any individual exhibiting signs of physical distress after an encounter should be continuously monitored until he/she can be medically assessed.

Based upon the officer’s initial assessment of the nature and extent of the subject’s injuries, medical assistance may consist of examination by fire personnel, paramedics, hospital staff and or medical staff at the jail. If any such individual refuses medical attention, such a refusal shall be fully documented in related reports and, whenever practicable, should be witnessed by another officer and/or medical personnel. If a recording is made of the contact or an interview with the individual, any refusal should be included in the recording, if possible.

Does your department Use of Force Policy allow for shooting at moving vehicles?

Shots fired at or from a moving vehicle are rarely effective. Officers should move out of the path of an approaching vehicle instead of discharging their firearm at the vehicle or any of its occupants. An officer should only discharge a firearm at a moving vehicle or its occupants when the officer reasonably believes there are no other reasonable means available to avert the threat of the vehicle, or if deadly force other than the vehicle is directed at the officer or others. Officers should not shoot at any part of a vehicle in an attempt to disable the vehicle.

Does your department require the use of force by an officer to be reported?

Yes. Any use of force by a member of this department shall be documented promptly (by the end of shift, unless approved by a supervisor), completely and accurately in a case report and on a Use of Force Report form. The officer should articulate the factors perceived and why he/she believed the use of force was reasonable under the circumstances. A supervisor is expected to respond to the scene of any incident involving a use of force. Commanders shall review each use of force by any personnel within his/her command to ensure compliance with this policy and to address any training issues.

Does your department have a “Duty to Intercede”?

Yes. In a use of force situation, the officers present have the duty to make the scene safe and secure for all involved.  If an officer witnesses force that may be excessive, he has a duty to intercede to bring about a safe resolution.   If an officer thinks another officer used force that did not appear to be reasonable, he shall report it to a supervisor as soon as practicable.

Does your department have body cameras and or dash cameras?

Does your department conduct training in de-escalation, crisis intervention and anti-bias training?

Yes. Officers receive initial and annual training in de-escalation and crisis intervention training. We implemented this training in 2018 prior to the LETSA mandate of I-940. The training covers topics such as recognizing persons in mental crisis, medical crisis, substance abuse signs/symptoms and seeking proper care for those in need. The training seeks to ensure that when feasible, de-escalation techniques are employed and that officers use dialogue, time, distance and shielding to effectively slow situations down to communicate with those in crisis and resolve situations. Our officers annually review our policies and regular updates to policies to ensure understanding and compliance with the policy. They also regularly receive information and training related to legal updates which covers new laws, changes or updates to case laws and other legal information pertinent to performing their duties.