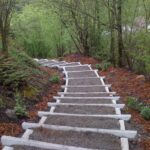 The Duwamish Hill Preserve is a 10.5-acre parcel of historical, cultural and ecological significant land in Tukwila. The preserve now includes an outdoor classroom area, the Cultural Garden, an enhanced trail system and continued restoration opportunities for volunteers. The Duwamish Hill Preserve is managed as a public open space preserve dedicated to the conservation and enhancement of its rich Native American cultural history, ecological importance and community impact.

Due to its elevated position above the Duwamish River, the hill offered a vantage point from which Native Americans could watch for incoming groups and communicate with fellow tribe members along the Duwamish River Valley. Additionally, the hill is associated with the southern Puget Sound Salish oral tradition in the stories collectively known as the “Epic of the Winds,” as told by Roger Fernandes.

Listen to the epic as told by Roger Fernandes.

Fernandes is a Native American artist, storyteller, and educator whose work focuses on the culture and arts of the Coast Salish tribes of western Washington.

Amenities: outdoor classroom, trail system with interpretive signage, the Cultural Garden with plants of great importance to Native Americans, and a gathering place with seating